Aerial photography is the taking of photographs of the ground from an elevated position. The term usually refers to images in which the camera is not supported by a ground-based structure. Cameras may be hand held or mounted, and photographs may be taken by a photographer, triggered remotely or triggered automatically. Platforms for aerial photography include fixed-wing aircraft, helicopters, balloons, blimps and dirigibles, rockets, kites, poles,parachutes, and vehicle mounted poles. Aerial photography should not be confused with Air-to-Air Photography, when aircraft serve both as a photo platform and subject. 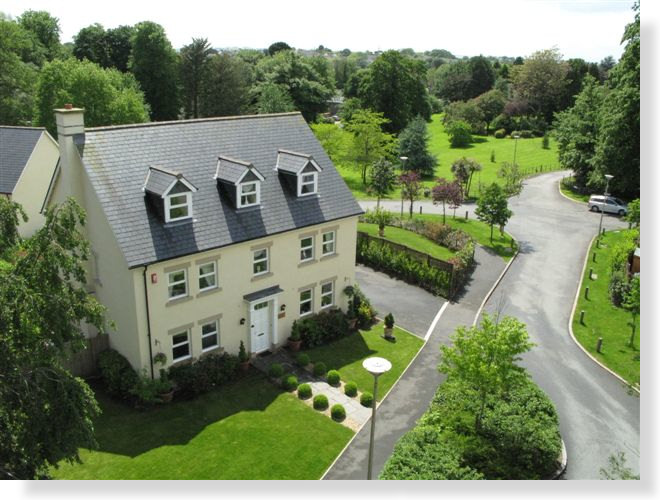 Aerial photography was first practiced by the French photographer and balloonist Gaspard-Félix Tournachon, known as "Nadar", in 1858 over Paris, France.

The first use of a motion picture camera mounted to a heavier-than-air aircraft took place on April 24, 1909 over Rome in the 3:28 silent film short, Wilbur Wright und seine Flugmaschine. 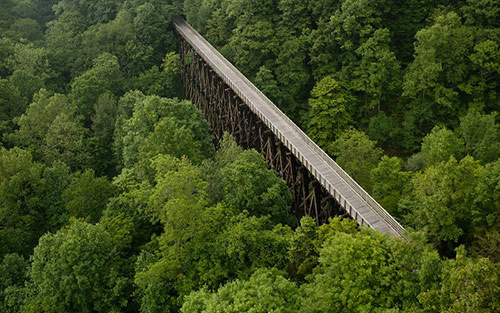 The use of aerial photography for military purposes was expanded during World War I by many other aviators such as Fred Zinn. One of the first notable battles was that of Neuve Chapelle.

The first commercial aerial photography company in the UK was Aerofilms Ltd, founded by World War I veterans Francis Wills and Claude Graham White. Wills had served as an Observer with the Royal Naval Air Service during the Great War, and was the driving force behind the expansion of the company from an office and a bathroom (for developing films) in Hendon to a business with major contracts in Africa and Asia as well as in the UK. Co-founder Graham-White was a pioneer aviator who had achieved fame by making the first night flight in 1910. The entire Aerofilms oblique collection, comprising some 1.26 million negatives and 2000 print albums, is now held in the archive of National Monuments Record (England) in Swindon, UK. 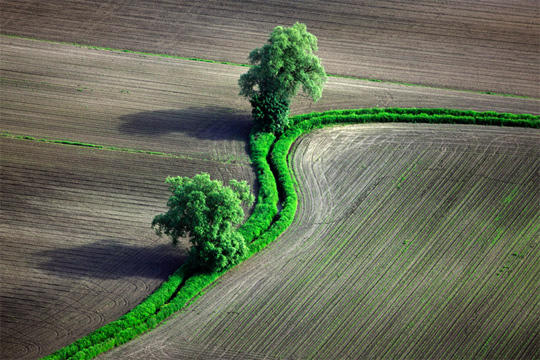 Aerial mapping came into use on the battlefronts during World War I. In January 1918, General Allenby used five Australian pilots from No. 1 Squadron AFC to photograph a 624 square miles (1,620 km2) area in Palestine as an aid to correcting and improving maps of the Turkish front. Lieutenants Leonard Taplin, Allan Runciman Brown, H. L. Fraser, Edward Patrick Kenny, and L. W. Rogers photographed a block of land stretching from the Turkish front lines 32 miles (51 km) deep into their rear areas.

Beginning 5 January, they flew with a fighter escort to ward off enemy fighters. Using Royal Aircraft Factory BE.12 and Martinsyde airplanes, they not only overcame enemy air attacks, but also bucked 65 mile per hour winds, antiaircraft fire, and malfunctioning equipment to complete their task circa 19 January 1918. 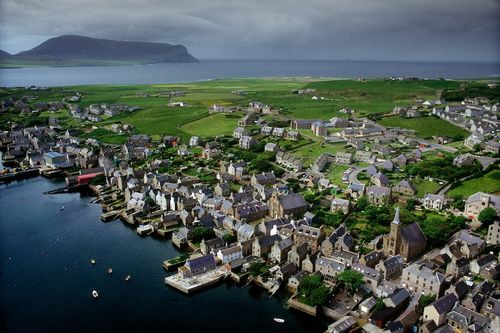 One of the most successful pioneers of the commercial use of aerial photography was by Sherman Fairchild who started his own aircraft firm Fairchild Aircraft to develop and build specialized aircraft for high altitude aerial survey missions. One Fairchild aerial survey aircraft in 1935 carried unit that combined two synchronized cameras, and each camera having five six inch lenses with a ten inch lenses and took photos from 23,000 feet. Each photo covered two hundred and twenty five square miles. One of its first government contracts was an aerial survey of New Mexico to study soil erosion. A year later, Fairchild introduced a better high altitude camera with nine-lens in one unit that could take a photo of 600 square miles with each exposure from 30,000 feet. 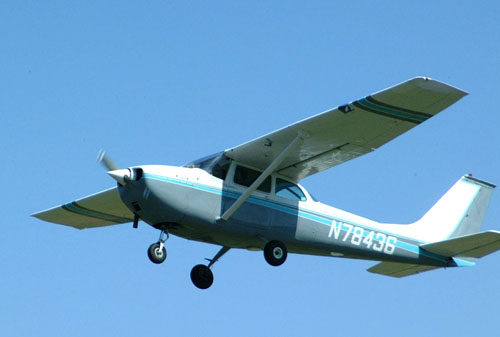 Advances in radio controlled models have made it possible for model aircraft to conduct low-altitude aerial photography. This has benefited real-estate advertising, where commercial and residential properties are the photographic subject. Full-size, manned aircraft are prohibited from low flights above populated locations. Small scale model aircraft offer increased photographic access to these previously restricted areas. Miniature vehicles do not replace full size aircraft, as full size aircraft are capable of longer flight times, higher altitudes, and greater equipment payloads. They are, however, useful in any situation in which a full-scale aircraft would be dangerous to operate. Examples would include the inspection of transformers atop power transmission lines and slow, low-level flight over agricultural fields, both of which can be accomplished by a large-scale radio controlled helicopter. Professional-grade, gyroscopically stabilized camera platforms are available for use under such a model; a large model helicopter with a 26cc gasoline engine can hoist a payload of approximately seven kilograms (15 lbs).

Recent (2006) FAA regulations grounding all commercial RC model flights have been upgraded to require formal FAA certification before permission to fly at any altitude in USA.

Because anything capable of being viewed from a public space is considered outside the realm of privacy in the United States, aerial photography may legally document features and occurrences on private property. 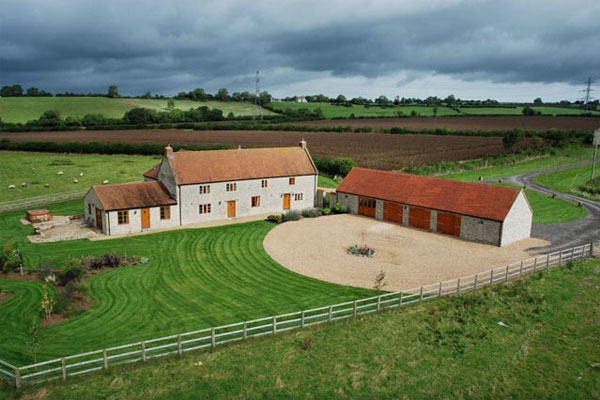 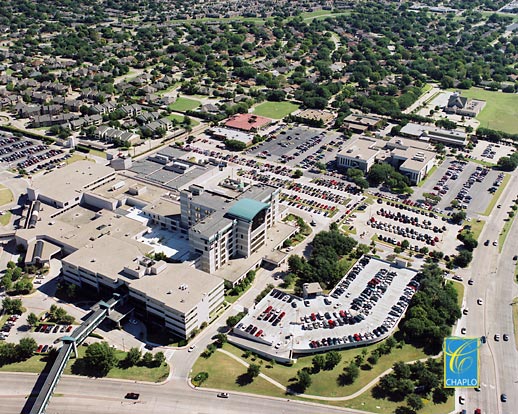 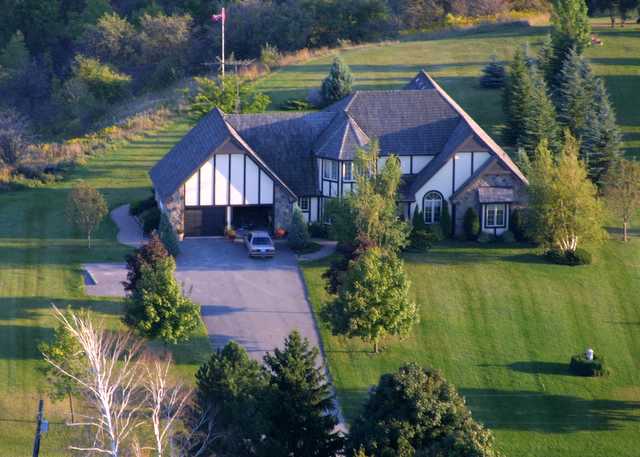 Aerial photographs are often combined. Depending on their purpose it can be done in several ways, of which a few are listed below. 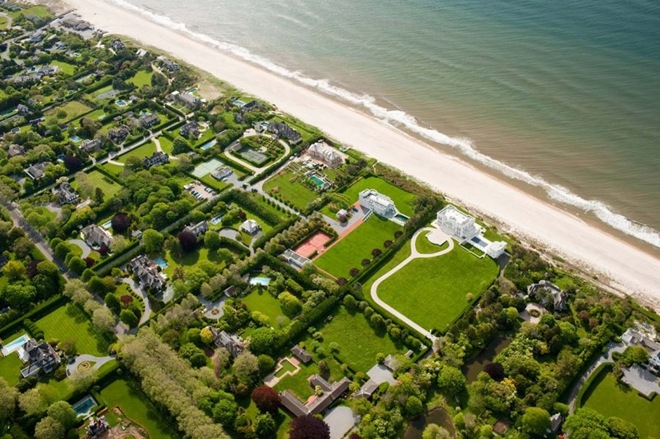 Vertical photographs are often used to create orthophotos, photographs which have been geometrically "corrected" so as to be usable as a map. In other words, an orthophoto is a simulation of a photograph taken from an infinite distance, looking straight down to nadir. Perspective must obviously be removed, but variations in terrain should also be corrected for. Multiple geometric transformations are applied to the image, depending on the perspective and terrain corrections required on a particular part of the image.

Orthophotos are commonly used in geographic information systems, such as are used by mapping agencies (e.g. Ordnance Survey) to create maps. Once the images have been aligned, or "registered", with known real-world coordinates, they can be widely deployed.

Large sets of orthophotos, typically derived from multiple sources and divided into "tiles" (each typically 256 x 256 pixels in size), are widely used in online map systems such as Google Maps. OpenStreetMap offers the use of similar orthophotos for deriving new map data. Google Earth overlays orthophotos or satellite imagery onto a digital elevation model to simulate 3D landscapes. 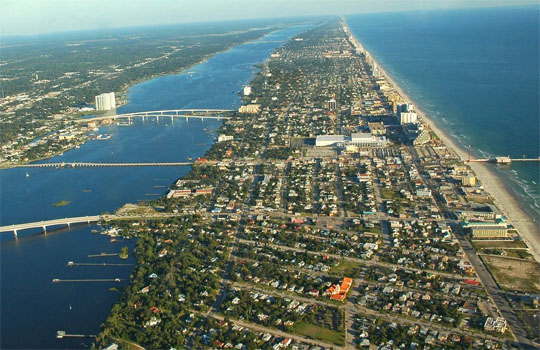 With advancements in video technology, aerial video is becoming more popular. Orthogonal video is shot from aircraft mapping pipelines, crop fields, and other points of interest. Using GPS, video may be embedded with meta data and later synced with a video mapping program.

This "Spatial Multimedia" is the timely union of digital media including still photography, motion video, stereo, panoramic imagery sets, immersive media constructs, audio, and other data with location and date-time information from the GPS and other location designs.

Aerial videos are emerging Spatial Multimedia which can be used for scene understanding and object tracking. The input video is captured by low flying aerial platforms and typically consists of strong parallax from non-ground-plane structures. The integration of digital video, global positioning systems (GPS) and automated image processing will improve the accuracy and cost-effectiveness of data collection and reduction. Several different aerial platforms are under investigation for the data collection. 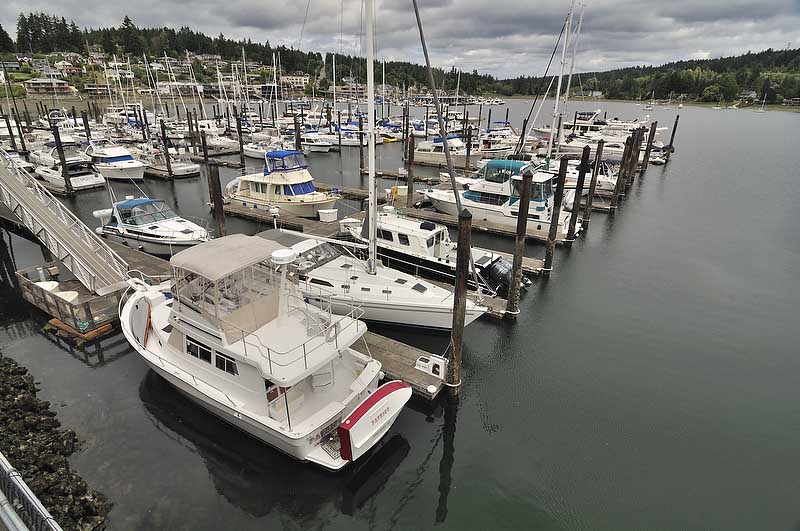 Aerofilms Ltd was the UK's first commercial aerial photography company, founded in 1919 by Francis Wills and Claude Graham White. Wills had served as an Observer with the Royal Naval Air Service during the Great War, and was the driving force behind the expansion of the company from an office and a bathroom (for developing films) in Hendon to a business with major contracts in Africa and Asia as well as in the UK. Co-founder Graham-White was a pioneer aviator who had achieved fame by making the first night flight in 1910. 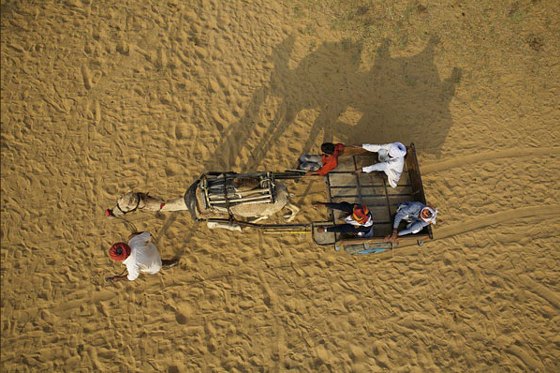 Vertical photography for survey and mapping purposes was carried out by Aerofilms from as early as 1921 and during the 1930s the company pioneered the science of photogrammetry (mapping from aerial photographs), with the Ordnance Survey amongst the company's clients. In its earliest days the main work of the company had been oblqiue photography, the images often sold to postcard manufacturers.

The company's staff and state-of-the-art equipment were co-opted into the war effort in 1940, forming the nucleus of the Allied Photographic Interpretation Unit at Medmenham. It was at this time that Sir Percy Hunting became interested in the company, which led Aerofilms to become a member of the Hunting Group of Companies in 1942. After the war Aerofilms became responsible for oblique photography whilst Hunting Surveys Ltd undertook vertical photography for survey. 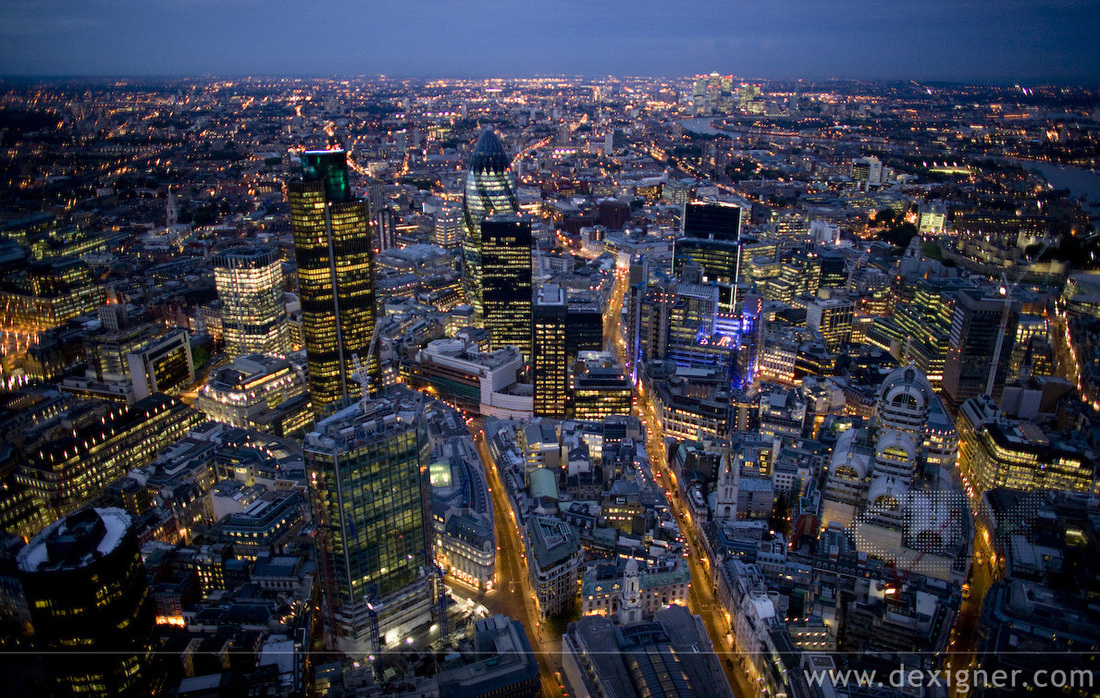 Post-war redevelopment and industrial expansion kept both Aerofilms and Hunting Surveys Ltd hard at work, which has resulted in an expansive library of historic aerial photography.

Unlike other photographic libraries, a significant percentage of Aerofilms photos is already in the public domain, albeit protected by copyright. The company would send out batches of photos to public libraries, and many remain there today. In addition, key images were reproduced as postcards from the 1920s through to the 1980s. In addition to Aerofilms’ own imagery, the firm expanded its holdings with the purchase of two smaller collections – AeroPictorial (1934-1960) and Airviews (1947-1991). 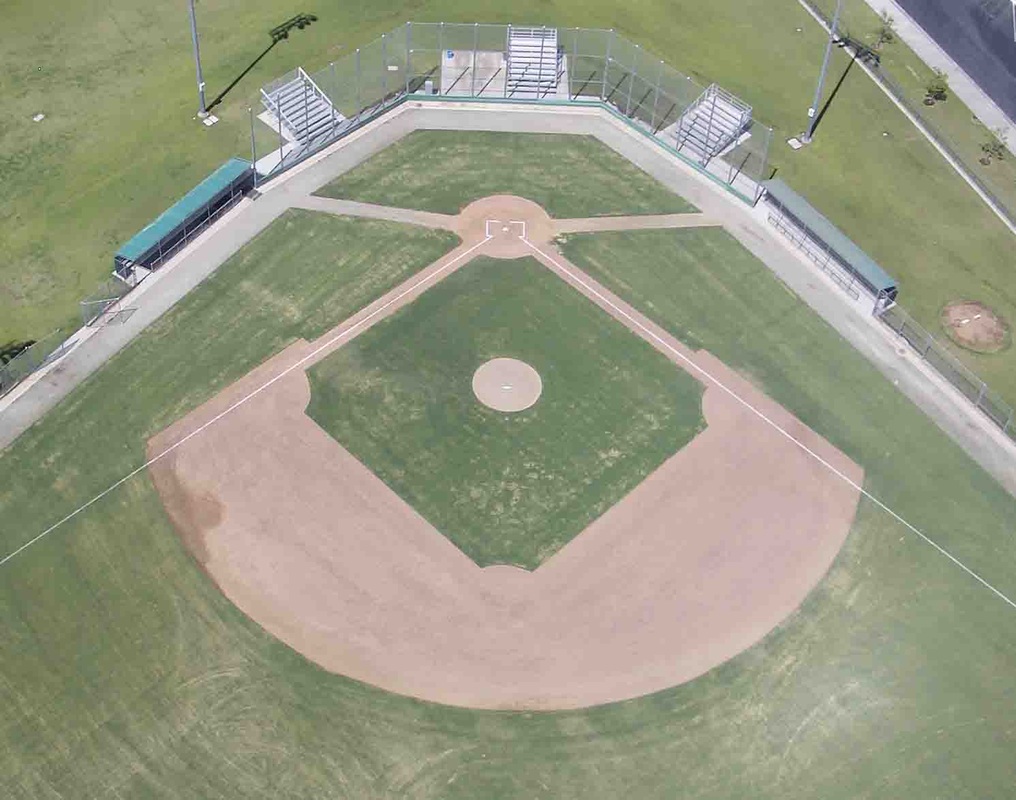 Unlike other photographic libraries, a significant percentage of Aerofilms photos is already in the public domain, albeit protected by copyright. The company would send out batches of photos to public libraries, and many remain there today. In addition, key images were reproduced as postcards from the 1920s through to the 1980s. In addition to Aerofilms’ own imagery, the firm expanded its holdings with the purchase of two smaller collections – AeroPictorial (1934-1960) and Airviews (1947-1991). 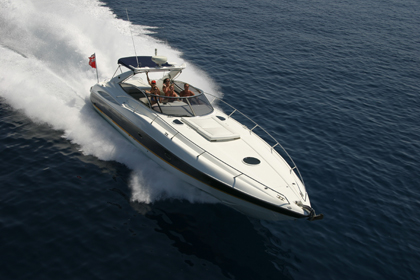 Aerofilms photographs have been extensively used in books relating to geography, topography and travel, and have featured in books such as The Aerofilms Book of England from the Air (1988) and Coastlines from the Air (1996). In addition its photographs have been used in the long-running series Football Grounds from the Air, updated on an annual basis. Perhaps the best known example of the company's work is the title-sequence mosaic of east London used for the BBC soap EastEnders. Photographs from the archive feature in the 2008 book British Seaside Piers by Richard Riding and Chris Mawson, former Aerofilms librarian.

The Aerofilms Historic Collection is a significant archive of oblique aerial photography of the United Kingdom. It includes 1.26 million negatives and more than 2000 photograph albums. Its chronological and geographical coverage is superb and documents the face of Britain dating from 1919 to recent years, providing unique evidence of a period of intense and unparalleled change and includes the largest and most significant number of air photographs of Britain taken before 1939. The collection covers the countryside, industrial and urban landscapes, archaeological sites and historic buildings and charts the growth of new towns and the spread of motorways across the landscape. Almost every community is represented, many with a series of views taken over the decades showing how cities, towns and villages have changed and grown. This provides an important resource for understanding and managing the built and natural environments.

The albums containing photographs are held in England, Wales and Scotland according to their coverage. In England the negatives, albums and associated documentation are in specialist archival storage at the National Monuments Record (NMR) in Swindon.
World class photographs