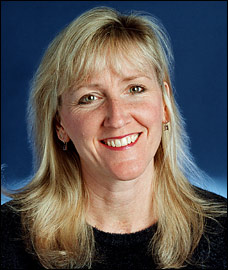 She graduated with an associate's degree in nursing in 1978 from Northampton Community College and planned to work as a nurse until a friend gave her a camera. In 1980, she earned an associate's degree in applied science in photography from the Art Institute of Fort Lauderdale, Florida. Afterward, she became an intern, and then a photographer, at the Miami Herald. She marriedUnited Press International photographer Jonathan Utz in 1988. In 1988, she moved to The Washington Post, following her husband to a job in Washington, D.C. They divorced in 1998.

In 1990, Guzy was the first woman to receive the Newspaper Photographer of the Year Award, presented by the National Press Photographers Association.

She was detained by police and arrested on April 15, 2000 as a part of the IMF World Bank detentions. The same year, she was awarded the Northampton Community College Alumni Association's Professional Achievement Award. Upon receiving it, Guzy said, "The nursing program gave me more than a degree. It helped me gain an understanding of human suffering and an incredible sensitivity to it. I know that without this background, my photography would have a totally different edge."

Besides her work in the Washington Post, Guzy's work has appeared on the Photography Channel.

In August 2007, Guzy's photos of animals left behind on the Gulf Coast, where she spent months in the aftermath of Hurricane Katrina, were included in a three-artist benefit exhibit titled "Lest We Forget: Three Perspectives on Hurricane Katrina" at the Discovery Too art gallery in Bethesda, Maryland.